Unique in Italy and one of the most important in the world, the NATIONAL MUSEUM OF CINEMA is housed inside the Mole Antonelliana, symbol of the city of Turin. Inaugurated in July 2000, it has become one of the most visited museums in Italy, gaining wide international acclaim; a remarkable achievement for a very special museum that aims to fascinate visitors by involving them in the enchanting world of the Seventh Art.

What makes the National Museum of Cinema truly unique is the rich heritage of its collections and the peculiarities of its layout, developed in an upward spiral and articulated on several exhibition levels that illustrate the history of cinema by alternating posters, objects, film clips and spectacular and evocative sets. In addition, free Wi-Fi, interactivity and QR codes provide access to multimedia content in a multisensory journey into the world of cinema and a more participatory and accessible visit.

In designing the museum layout, François Confino not only had to take into account the characteristics of the building that houses it, but, following Antonelli's crescendo, he juxtaposed different levels of interpretation, combining the needs of a rigorous scientific layout with the demands of a spectacular display that aims to reproduce and play with the mechanisms of fascination that are at the basis of cinematic representation.

The visit to the Museum starts on the floor dedicated to the Archaeology of Cinema: here you can admire a valuable collection of materials and devices that anticipate and underpin the great magic of cinema.

It continues with the Cinema Machine, a fascinating tour that illustrates the main stages in the production and realisation of a film, special effects and the language of cinema with props, sketches, costumes, scripts, photographs and video projections.

On the upper floor, in the Poster Gallery, the history of cinema is told through its most beautiful posters, all belonging to the Museum's collections, while the Helical Ramp, undoubtedly one of the most fascinating places, is home to temporary exhibitions.

Finally, we arrive at the Temple Hall, at the heart of the Mole, where visitors can sit on special chaises longues to watch screenings on the two big screens. Eleven Chapelles dedicated to the cult of cinema tell the great themes of the history of the Seventh Art in an alternation of sets, images, objects, photographs and posters from the Museum's rich collections.

Also in the Temple Hall is CineVR, the area dedicated to virtual reality, the first permanent Italian film theatre completely dedicated to VR, with a continuous daily programme offering films conceived and designed with this technique. Visitors can enjoy free viewings - included in the price of the Museum admission ticket - of immersive, linear and interactive audiovisual experiences thanks to 6 latest-generation visors, namely the Pico G2 4k, Oculus Quest 2 and HTC Vive models.

At the end of the itinerary, the reception floor offers a large space for temporary exhibitions, while the imposing Antonellian structure is highlighted through a new lighting system that enhances the architectural elements by creating an alternation of shapes, light, colours and shadows that reveal both the lightness and the majesty of Alessandro Antonelli's work.

Lastly, a large ledwall screen shows a looped video installation dedicated to the crossed destinies of the two great geniuses who gave life to the Mole Antonelliana and the National Museum of Cinema in different periods. Alessandro Antonelli, visionary architect of the 19th century, and Maria Adriana Prolo, historian and collector of the 20th century, tell the visitor the extraordinary stories of this Museum and its building, thanks to archive materials belonging to the collections of the National Museum of Cinema and those of other important institutions.

The Museum goes beyond the exhibition spaces of the building that houses it and occasionally hosts fabulous immersive videomapping shows on the four external facades of the Mole Antonelliana's dome, whose audio can be listened to simultaneously thanks to the MNC-XR app.

The Museum preserves a huge heritage of rare and precious materials, in many cases unique in the world, comprising more than 2,200,000 works including films, archive documents, photographs, equipment and art objects, posters, film memorabilia, volumes and sound recordings, in a collection considered among the most valuable in the world. Three major thematic strands are documented: film archaeology, photography and film history.

For years the National Museum of Cinema has been a point of reference for important donations and acquisitions by many great figures in the history of cinema. In addition to cataloguing and preserving the materials, the Museum is committed to enhancing them thanks to important activities and events both locally and around the world.

The National Museum of Cinema has always organised important and original temporary exhibitions within its spaces, hosted mainly in the Temple Hall and on the Helicoidal Ramp. Once the exhibitions have finished, some of the material - sometimes suitably adapted/integrated- tours around the most important cultural venues in the world.

For several years the National Museum of Cinema has been involved in the recovery and restoration of films that were thought to be irretrievably lost. Many initiatives have been carried out in collaboration with prestigious institutions from all over the world, and have been presented at the major international film festivals, gaining wide public and critical acclaim. In particular, many of the restorations carried out are part of the project to enhance Italian silent films, especially those from Turin, carried out by the National Museum of Cinema in collaboration with the Cineteca di Bologna, and which has made the Turin institution a point of reference on the international film scene.

Thanks to the multiple scientific and popular activities it carries out, the National Museum of Cinema is one of the most important centres of cultural initiatives on a national and international level, carrying out cutting-edge research on the preservation of materials and the history of cinema, a vast programme of restorations, publishing initiatives, film festivals, meetings with authors and film stars, and educational programmes.

Three major film festivals of international relevance are connected with the National Museum of Cinema: Torino Film Festival, Festival CinemAmbiente and Lovers Film Festival, as well as the TorinoFilmLab, the laboratory that supports talents from all over the world through training and development programmes, supporting production and distribution. 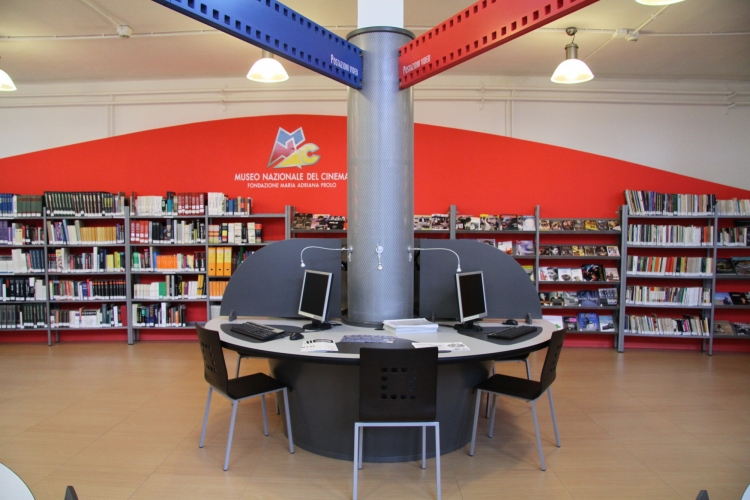 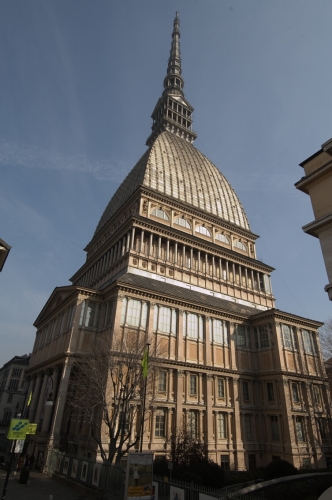 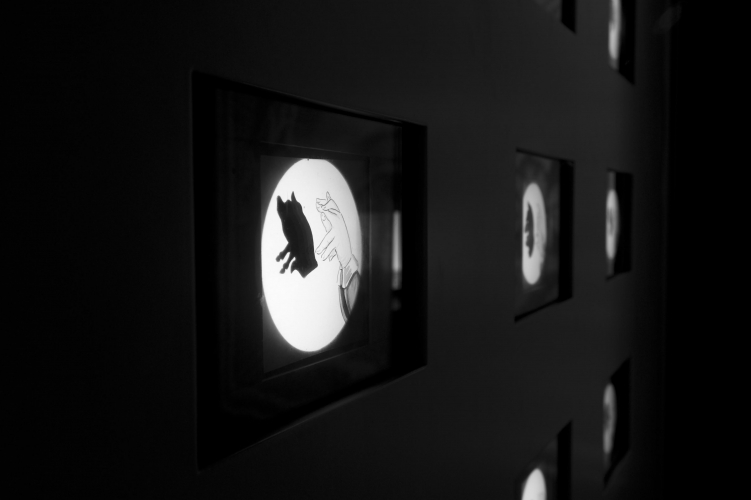 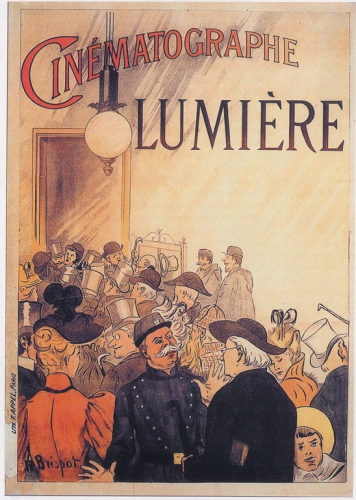 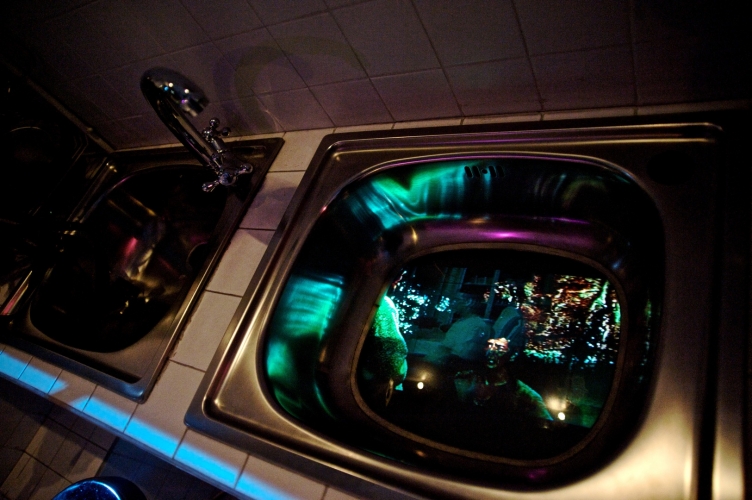 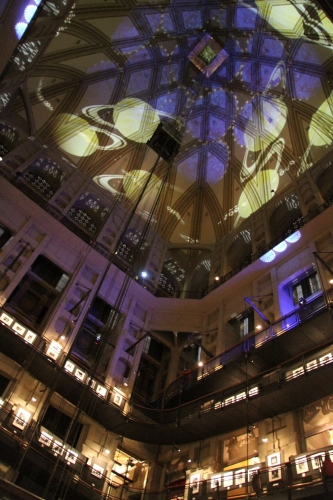 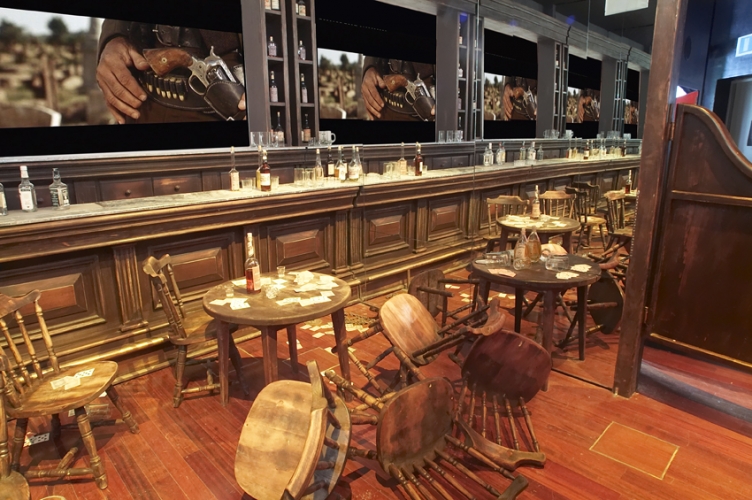 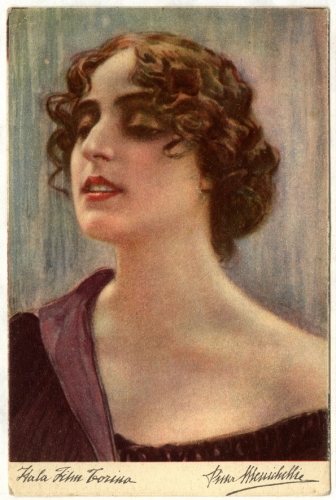 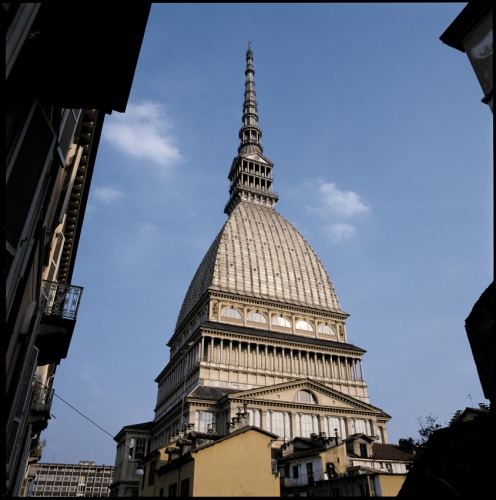 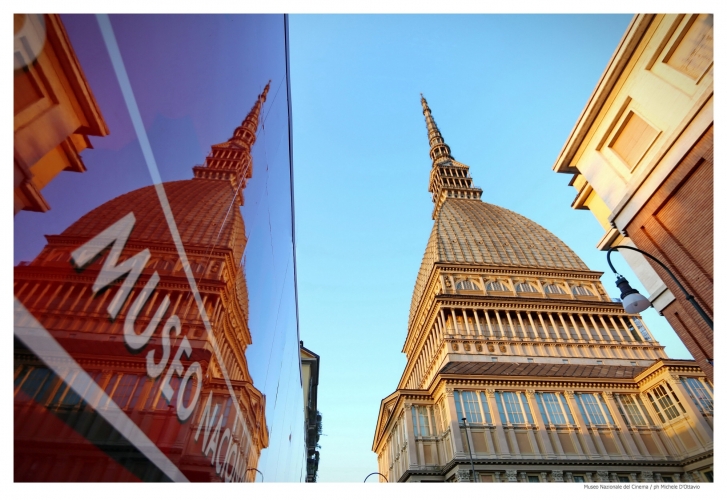 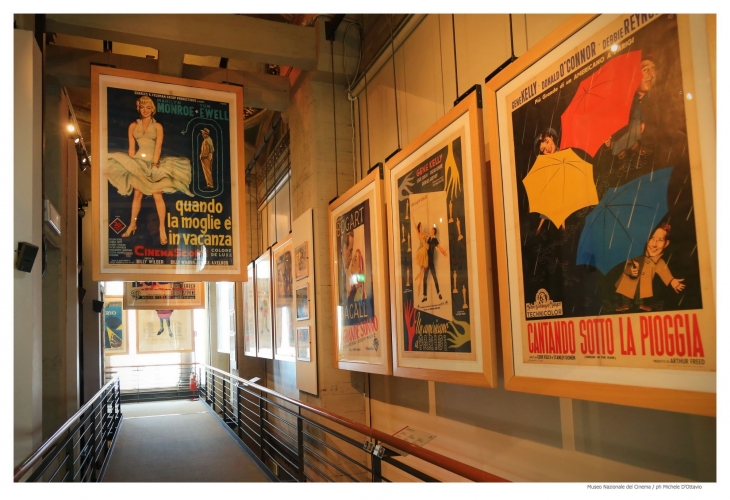 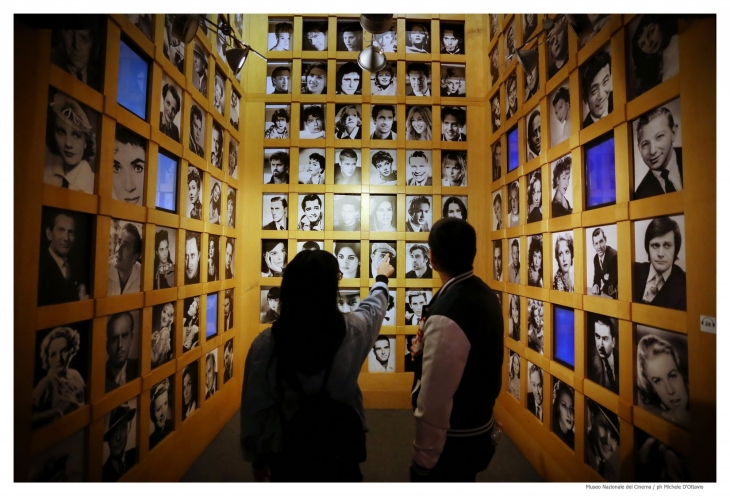 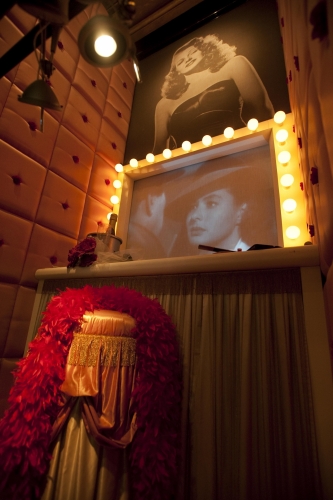 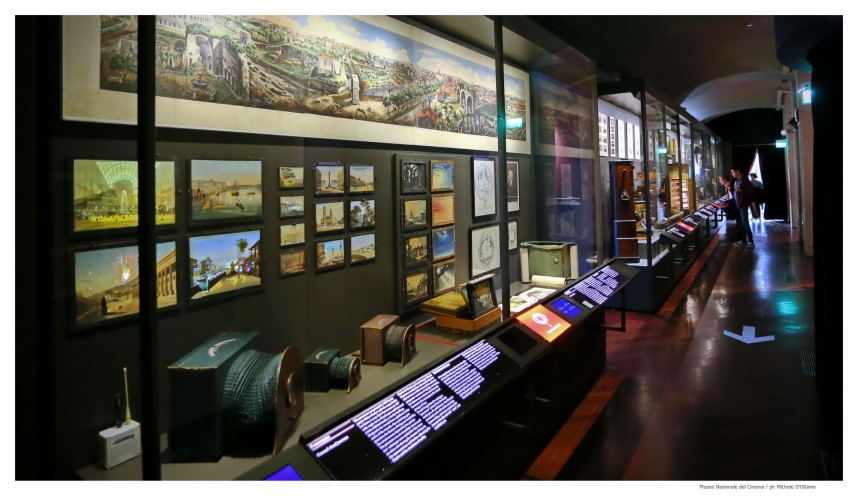 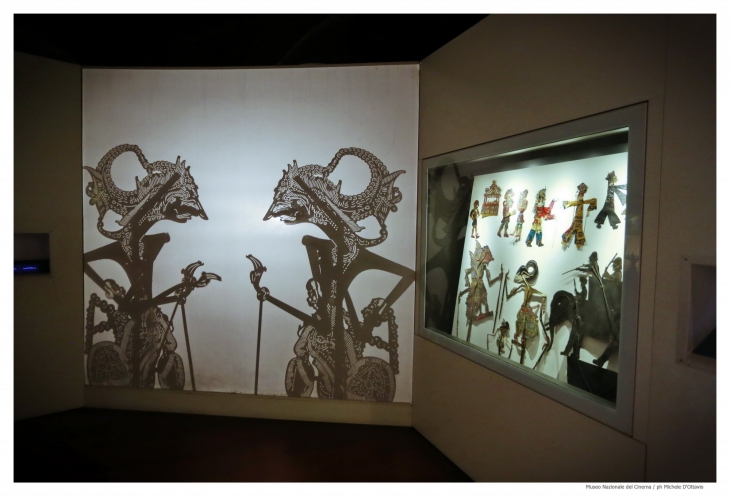 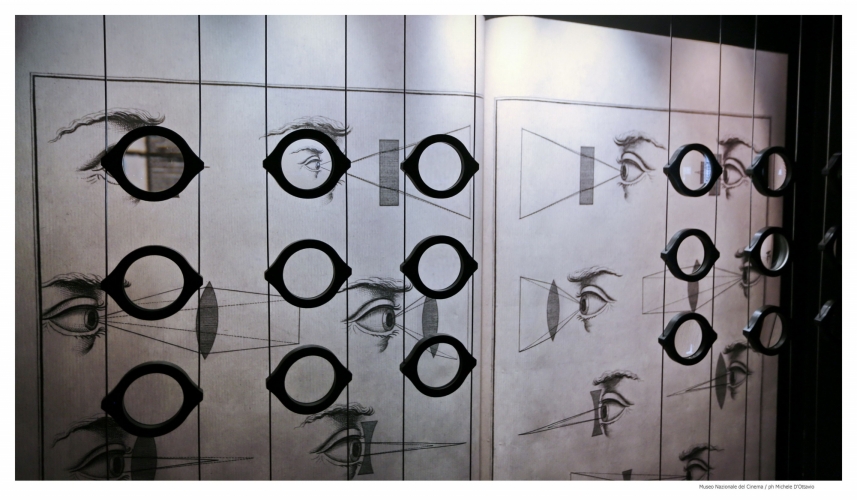 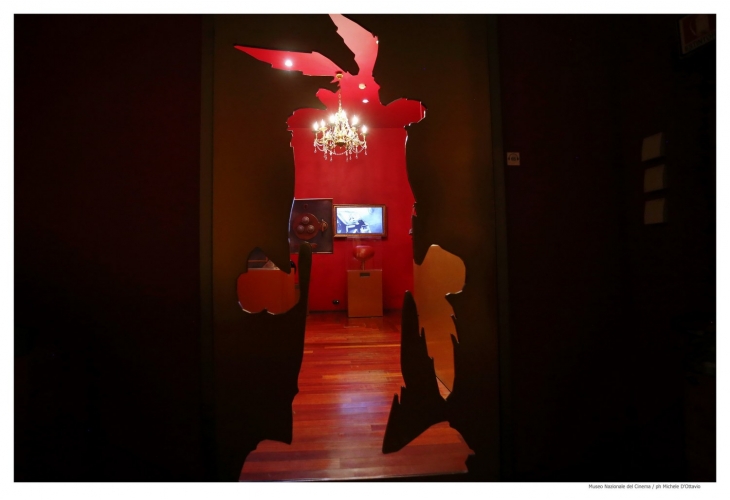