The National Museum of Cinema

A great exhibition based on the Museum’s prestigious collection, that tells the story of this pseudoscience over the past five hundred years. An emotional path takes you  from masks to facial recognition systems once again confirming that a face is the most important place where a human being’s soul can express itself.
The exhibition weaves the threads  of an ancient discourse  the origins of which date back to Aristotle, stretching out to the present. It seeks the feedback of the characters and emotions of people in their features, but also in the graphic synthesis of the Emojis,  a sort of "catalogue" to capture visitors’ eyes and seduce their  mind as the look in the mirror and recognize their faces  in a crowd of sketched, caricatured, deformed, sublimated images from Leonardo da Vinci into  a future that has already begun.

The exhibition is  unique in its kind. It  opens to the public on July the  17th , on World Emoji Day,  celebrating the date with  an OPEN DAY and special 1 € admission and many activities for adults and children.

180 works on display, including 82 photographic reproductions, 55 original works with helmets and volumes from the 1500’s  to installations by contemporary artists, 43 plates from the Museum's physiognomy collection. In addition, there are 42 montages, 4 apps and 8 installations. Such are the figures for  a unique exhibition, one of a kind,  criss-crossing place and time turning the "face of emotions" into a place of complex plots connecting  art and theatre, cinema and animation, right up to new technologies.
The tour focuses on performing arts and intersects with art, science, technology and communication. Starting from the Temple Hall, and then up the Helicoidal Ramp, the visitor is swept into a long and fascinating story connecting  Giovan Battista Della Porta’s  and Johann Caspar Lavater’s catalogues to the study of Charles Le Brun’s faces - the first painter of the Sun King -  to the magic lantern glass and Emoji, to acting manuals- first in theatre and then in cinema - to morphing, to the most advanced face tracking software or to the works of contemporary artists who explore faces and emotions.
Smilies or emoji that communicate a fleeting emotion, software that can recognize a face, reconstruct or manipulate its features: these are experiences our contemporary technological society offers but that have deep roots in the past. In fact, faces have always been the "mirror of the soul" and have been explored as the privileged place where human characters and emotions are depicted. This is what physiognomy has done, a pseudoscience that has forever intertwined its paths in very different environments.
During the tour you can admire the inside of the Mole Antonelliana’s  dome, called the "face" of the Mole, which, comes alive at regular intervals, with the installation  Volti sul Volto della Mole(Faces on the Mole’s Face) with projection of the close-ups of movie  icons.
At the end of the ramp, the Orecchia (The Ear), a side room of the Mole Antonelliana in the shape of an ear, is used as an exhibition space for the first time. Here you can listen to the installation Organum pineale (Pineal Organ) , passions conveyed through sound.

Throughout the exhibition there will be numerous activities for schools and the public, including guided tours, workshops for children and families and special events.

For  the exhibition, the Cinema Massimo - MNC will host a series of events on the theme of face and emotions.

After the summer, the exhibition will add  a specific section dedicated to Cesare Lombroso and his thought. From  September the 25th, 2019 to January the 6th 2020, the National Cinema Museum will host I 1000  volti di Lombroso (Lombrosos’s 1000 faces) a selection of photographs belonging to the photographic collection of the Cesare Lombroso Archive of the Museum of Criminal Anthropology of the University of Turin, on display for the first time tracing the different stages of his research. The exhibition is curated by Cristina Cilli, Nicoletta Leonardi, Silvano Montaldo and Nadia Pugliese.

As part of the exhibition, the Sandretto Re Rebaudengo Foundation presents Paolo Cirio’s solo exhibition,  Exposed (Turin, 1979. Lives in New York), at the Foundation, from July the 17thto September the 29th 2019, curated by Irene Calderoni. Cirio's artistic work investigates the power structures of our age, where the dynamics of information flows influence politics and economy as well as each of our lives. 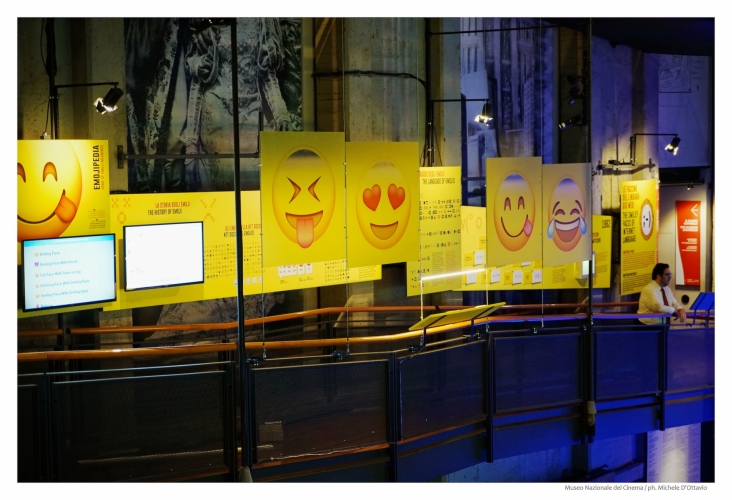 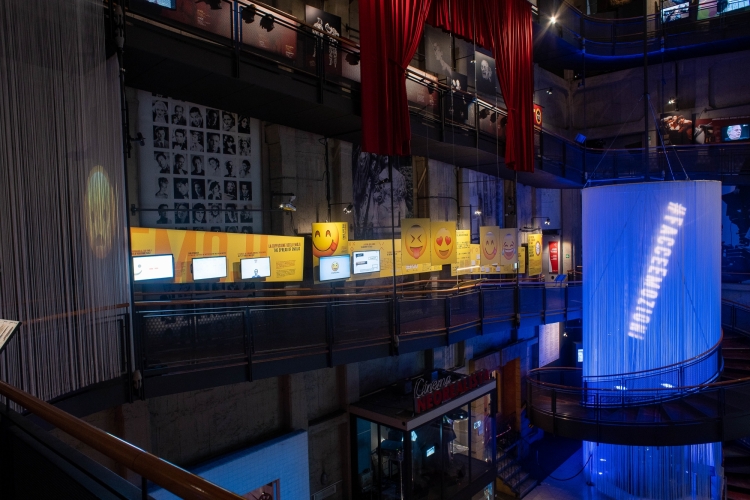 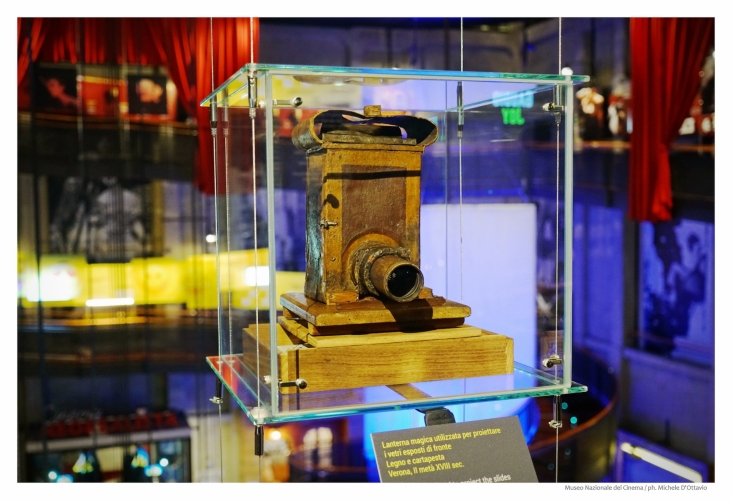 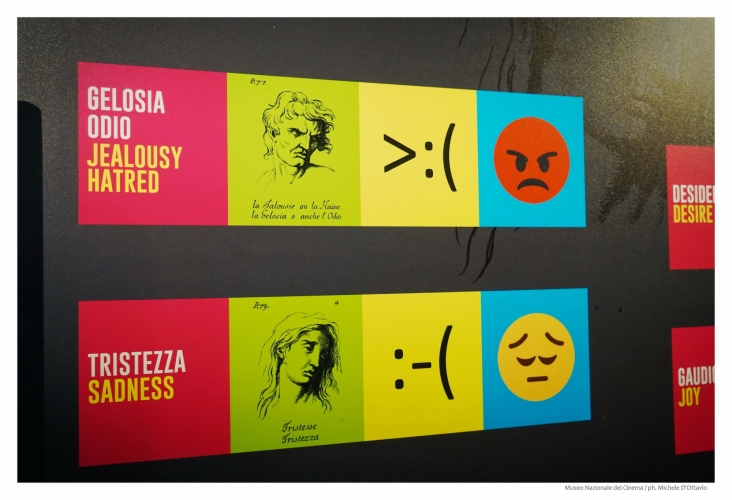 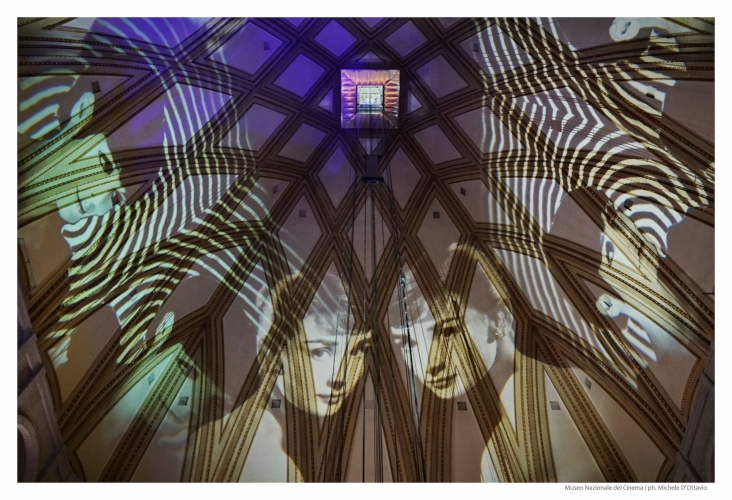 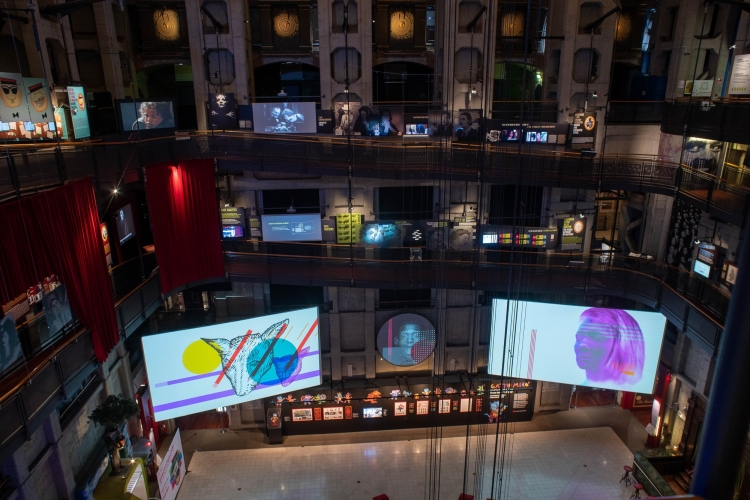